Italian IED Turin student Aldo Maria Sica has sent me his vision and rendering of a possible Pagani Huayra Roadster. The quality of these renderings is really high, and his interpretation of this Huayra Roadster is made with a manually removable hard roof composed in two pieces with a naked carbon fibre look.

At the contrary of most of the roadster and spider cars, in this interpretation of the Huayra Roadster it's still possible to notice the massive AMG V12 engine. The doors opening can't be the same of the coupé, so a system of scissor doors has been adopted for the Roadster. 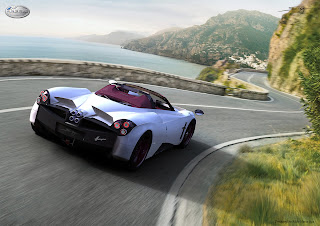 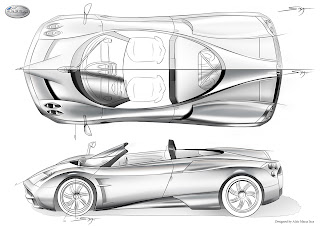 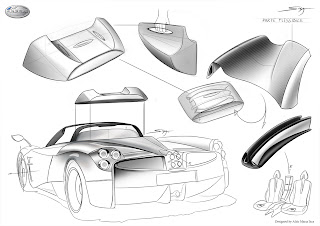 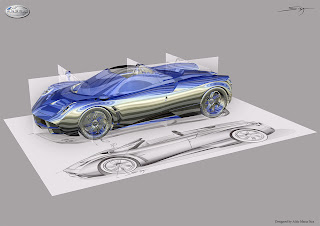 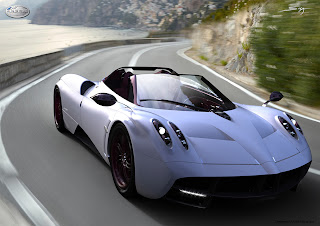 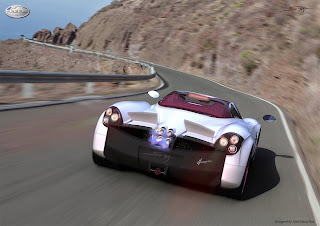 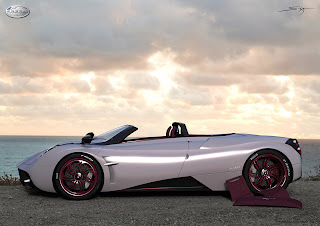 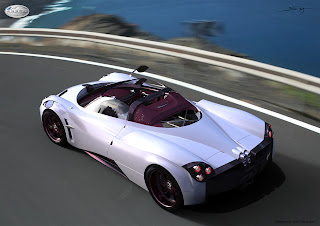 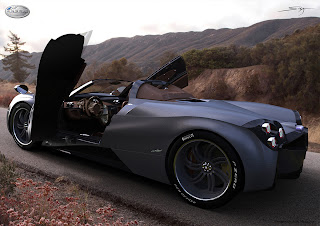 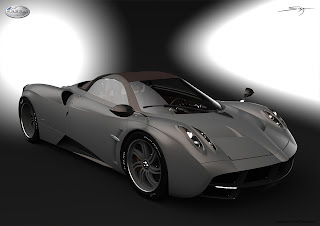