Back in July, 2011, a woman driving a Bentley Azure Convertible caused an incredibly expensive crash in the Place du Casinò in Montecarlo. In a city like that it was inevitable not to hit " normal " cars. Indeed, the accident involved a new Mercedes S-Klass, an Aston Martin Rapide, a Ferrari F430 and a Porsche 997 Carrera S. If that would be bowling, it would have been a strike.

The square of the Casinò is a place that attracts many tourists, and just a few seconds after the crash, the area of the collision was full of people with their cameras in their hands. One of those tourists has posted a video about the crash and trust me, it's painful to watch. 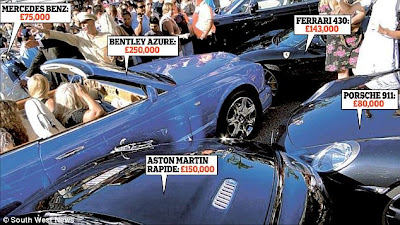