The Alfa 4C is coming!

If there's a car that we are waiting with enthusiasm and impatiente, it's certainly the Alfa Romeo 4C. The concept car has been presented at Geneva Motor Show back in 2011, then the car has been displaied in several motor shows, but we've never heard about testing or official specs. Finally, we see the prototype in the wild for some testing in Turin, Italy. The debut of the final production vehicle should take place in the 2013 Detroit Auto Show, its production will be supported in the Maserati factory in Modena. This little sporty Alfa reminds me the Lotus cars, it will be light (less than 900kg) and with a little but powerful 1.7L turbo engine with 250hp, this car will be a success! 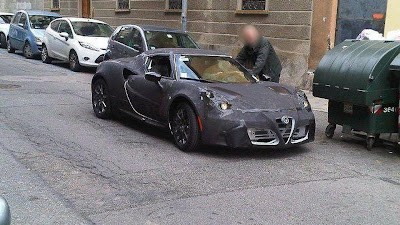 This video was taken in May while car was on display at Concorso d'Eleganza of Villa D'Este.