Right, if you remember just a couple of days ago the dutch DJ Afrojack has posted a picture of himself after that he crashed with a record time of 44 minutes his brand new Ferrari 458 Italia. Hopefully nobody got hurt except the back and front bumper of the Ferrari, but as you can see he poses with pride next to the wrecked car and he doesn't give a damn. 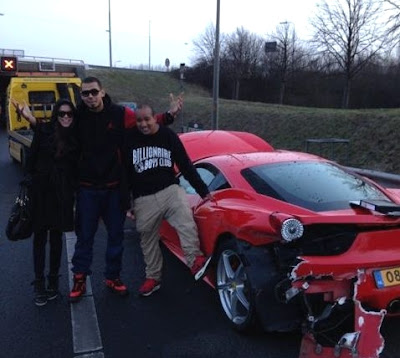 Indeed, with the same speed that he has spent to crash his Ferrari, the day after he posted on his Twitter a new picture of himself behind the wheel of another Ferrari 458 Italia, I just hope that this time he will drive it more carefully! 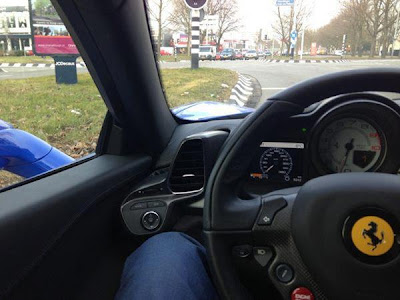