Roof down and V12 roar, that's how awesome is the new Aston Martin V12 Vantage Roadster. The roofless version of the track-focused Aston had its public debut last weekend during the Goodwood Festival of Speed. Just 101 customers will be able to own one, ofcourse after they've written a cheque of 187.000€. Under the hood we find a huge 6.0L V12 that produces 517hp and 570nm.

Spotters Munch997 and Alex Penfold have been lucky enough to spot the very 1st one in the streets of London! 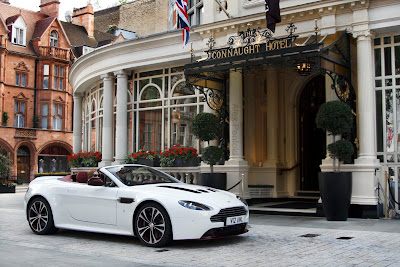 Credits to Penfold and Munch997 -