A terrible crash involving a red Ferrari 612 Scaglietti took place in Moscow, Russia. It seems that the car crashed sideways against a huge pole by splitting the car in two distant parts. It's a massive crash, probably caused by the high speed. The Ferrari was driving with 4 people inside, but luckily just the driver reported minor injuries, incredible to say by watching the gallery below. 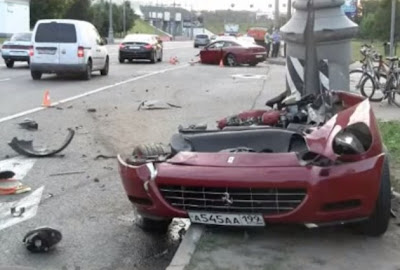 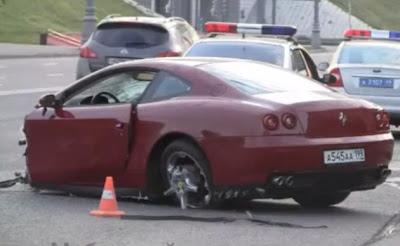 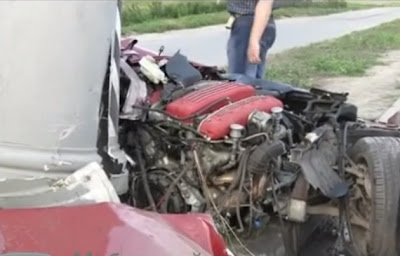 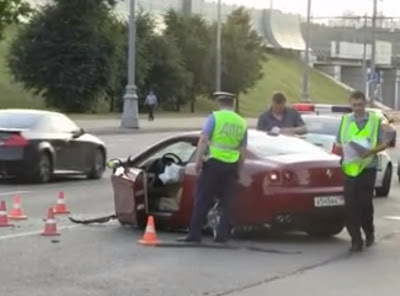