By watching these pictures you might think about a fatal accident, but hopefully the worse has been avoided. The 38 years old driver of a yellow Lamborghini LP560-4 Bicolore due to the speed and poor road conditions lost the control and crashed roughly into a pole by hitting also a cyclist. Altough the Lamborghini shows a German plate, the accident took place in Sopot, Poland. The driver and the cyclist have been sent to the hospital and reported several fractures to the legs. 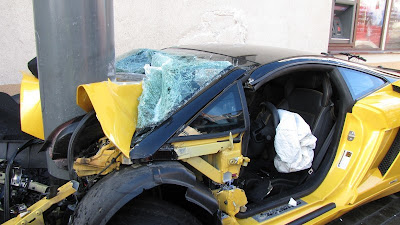 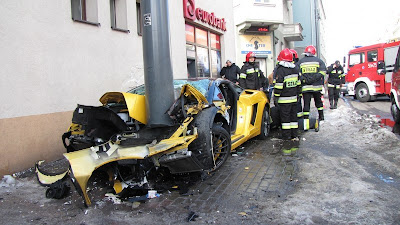 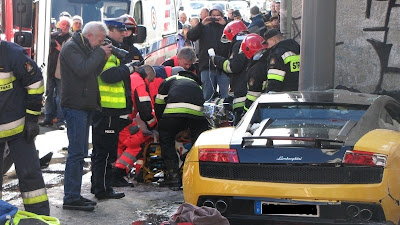 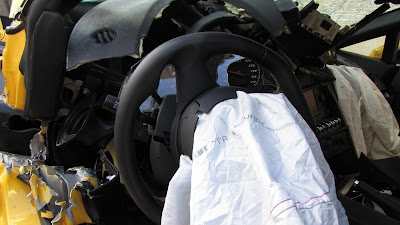 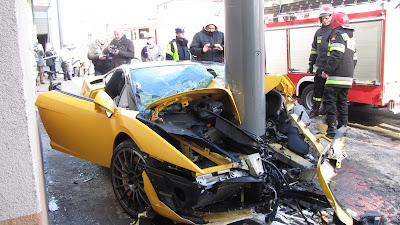 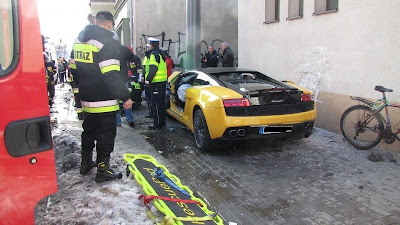