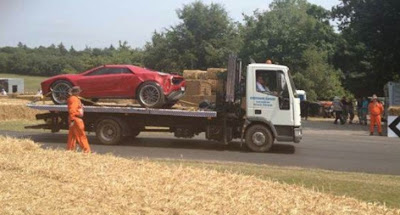 After its launch in March at Geneva Motor Show, the italian super-suv ItalDesign Giugiaro Parcour was ready for its very first public shakedown during the annual Goodwood Festival of Speed. The car has certainly managed to catch the attention of the crowd and media, that's because during the Goodwood run the car had an accident!
You can clearly see the left rear side damaged as the car was being moved away on a truck.

That's how the car looked before the accident that day.. If you don't know much about this car, the Parcour is a " super-suv " concept; under the bonnet it hides a massive 5.2L V10 engine which produces 550hp (that's right, a Lamborghini engine!) and although it's a big car and it goes off road as well, a sprint from 0 to 100 kph requires just 3.6s! 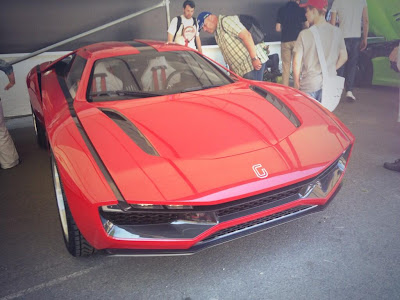