The 599 GTO does a Launch Control! 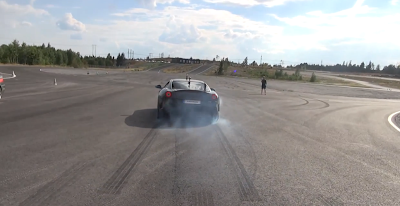 Let's face it, the Launch Control device is kinda useless, it's basicly a posing device which makes you go faster at a light and at the same time it crunches the clutch and the tires, but somehow I think that it's absolutely awesome in its uselesness, especially on the Ferrari 599 GTO which unleashes roughly 660hp on the tarmac with a spectacular wheelspin!

Already addicted to this kind of stuff? Here's a bonus for you filmed by myself, featuring none other than Valentino Balboni taming a Lamborghini LP570-4 Superleggera!