When it comes to a Black Series model, it's certainly serious stuff. Finally, even the SLS AMG has it's own Black edition. Just like every Black edition, even the SLS is fastest and improved under many ways. Take the massive 6.2L V8 engine of the SLS AMG GT version with 583hp, tune it and you have the power of the new Black, 622hp; unexpectedly, the torque goes from 648 to 638nm. 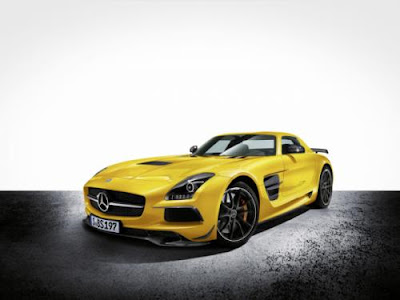 The weight has been reduced of 70kg with the extensive use of carbon fibre and lightweight components, moving the weight to 1550kg. This better power/weight ration let the car go faster, classic 0-60mph (0-100kph) acceleration takes 3.6s, top speed 196mph (315kph). 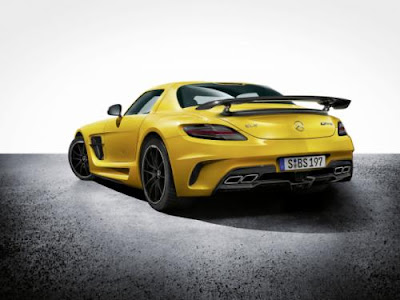 The style and the aerodinamics have been changed, and it looks even more brutal and like its brother, the SLS GT3 racecar, it features even a huge rear wing, to give more downforce and grip at high speed. What distinguishes a Mercedes from a Black Series is also the sound, the new SLS features a titanium exhaust, that will certainly produce a raw, powerful sound! 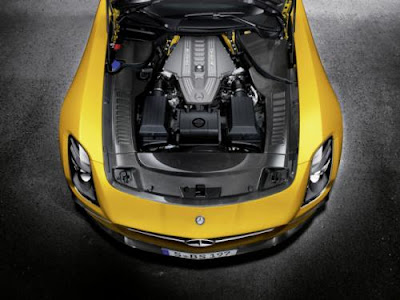 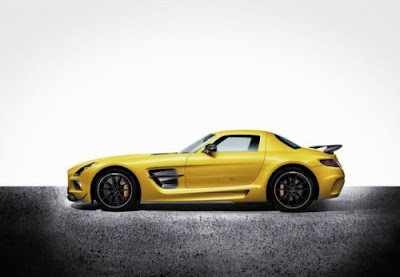