A chinese man had the idea to sell his Hyundai Coupe which is modified enough to such an extent to be nicknamed " Hyundarghini Coupentador ", the problem is that in China the laws are severe when it comes to modify a car and so the cops noticed his car that was left parked into a crowded pedestrian area in the city of Jiangbei.
A bad day for the owner whose car has been confiscated, as well as he has been fined and lost 12 points on his driving license. 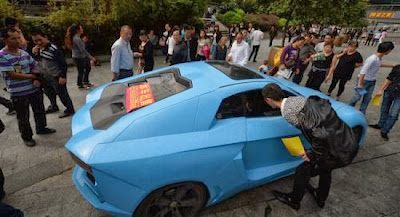 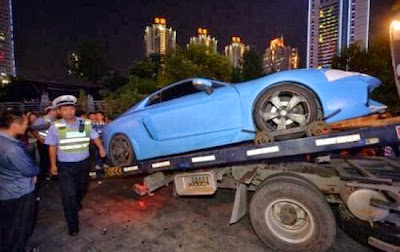