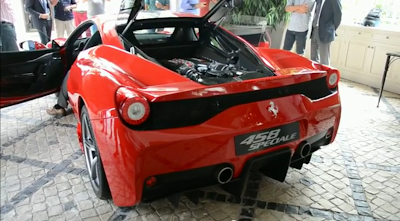 Just a few weeks after its debut in Frankfurt, the Ferrari 458 Speciale has been shown on its national debut in Spain during a private Ferrari event, for the first time we get to hear the 4.5L V8 revving up and I have to admit that it sounds better than I thought!