Ferrari FF slips under a truck 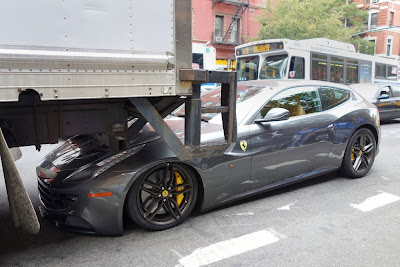 I've always thought driving a supercar in the city is a quite stupid thing because you can't really push the engine and the danger of a collision with a pedestrian or a car is always behind the corner. The city of New York is a very caotic city and although the Ferrari FF is considered as an every day supercar, I would never do that, especially in a city like that!
Well, this unlucky chap with his grey FF did it and I guess he regrets it, as he slipped the long bonnet of his Ferrari under a truck. We don't know how it happened nor who's fault is, but it's certain the bill won't be cheap. If you thought the stock setup of the suspensions make it looks low, now it's a damn low ridin' Fezza. 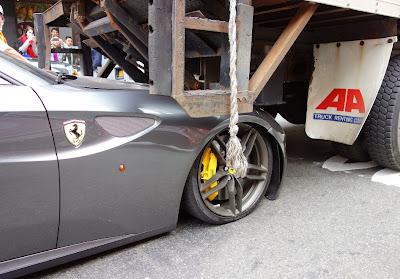 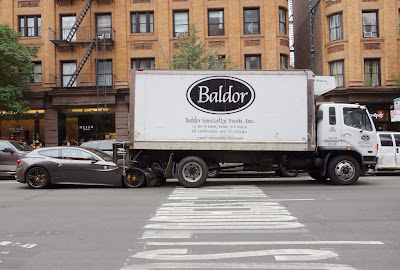 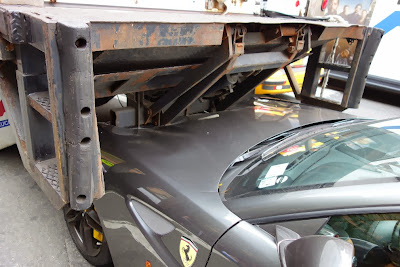