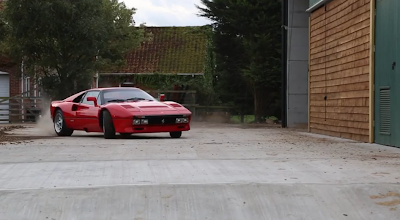 If you don't know yet, TaxTheRich is a mysterious, wealthy guy known for his iron balls (or madness?) behind the wheel of the most expensive and rare supercars such as the Ferrari Enzo or the Jaguar XJ220. He loves to drive them to the limit in the most unconventional places and in his latest video it's the turn of the Ferrari 288 GTO to be treated like it was supposed to be in the past.

The 288 GTO was Ferrari's attempt to enter in the Group-B of rally competitions but FIA cancelled this class in 1986 due to a fatal accident in the Tour de Corse. Just 272 of these have been produced and if you're lucky enough to find one for sale, you have to spend at least half million euros.