2013 starts badly for a Ferrari owner

In Russia, a Ferrari owner has inaugurated the new year with some expensive fireworks, as the flames have erupted from the engine bay of his F430. Witnesses have reported to have heard the sound of an explosion, and it could have been fireworks since it was the New Year's Day, but then out the window they have noticed the Ferrari on fire. The amateur video shows also the firefighters coming to extinguish the expensive fireworks, but as we can see from the pictures and video below, there's not so much to be saved. 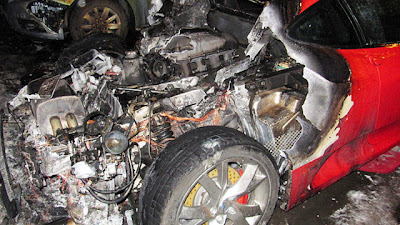 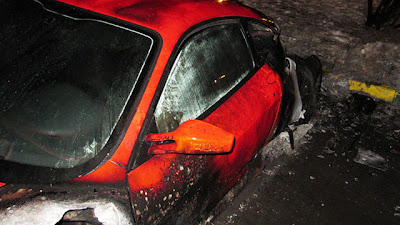