F150, we meet again. New and fresh pictures are surfacing on internet of a testing mule of the upcoming Ferrari F150 driving out the Ferrari factory's main gate in Maranello. It's gonna be a tough battle with the McLaren P1. The F150 will feature a 6.3L V12 engine and combined with the electric KERS system, the power output should be around 900hp, and with a possible kerb weight of about 1100kg and all the technology imported straight from F1, this car will be certainly a benchmark for the future of hypercars. 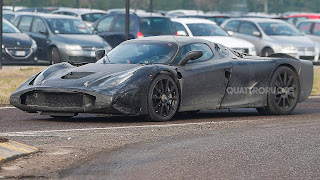 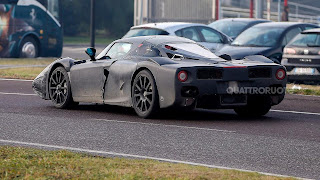 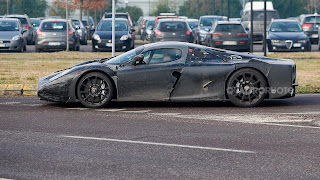