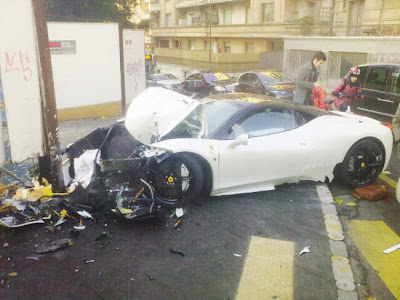 That's a negative week, isn't it? In this little amout of time I have already reported the crash of three Lamborghinis, a Ferrari, a Bentley and a Porsche and now I report news from Geneva of another crash involving a Ferrari, more precisely a 458 Italia. 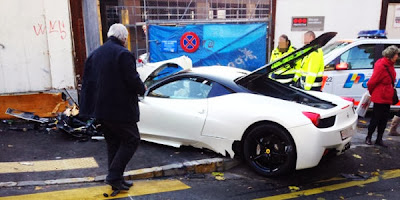 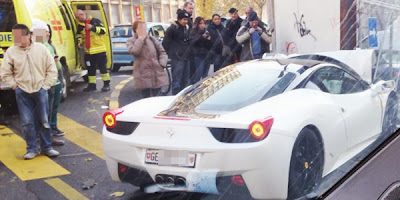 The accident could have ended worse, a witness reported the Ferrari was driving at high speed and suddendly the pedestrians had to run away in order to avoid the car; there's also an injured after all, a woman has been hit by the Ferrari and has broke her big toe. Switzerland is known for its very severe road laws and speed is also punished with jail, sounds like the young driver won't get away with just a ticket. 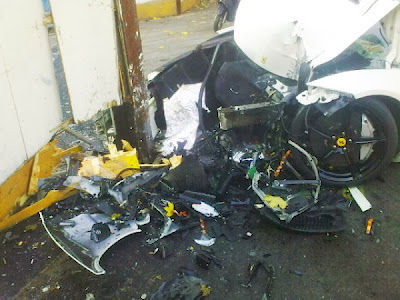