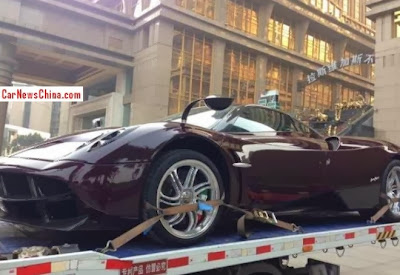 In the previous post you may have seen how China is becoming a very rich country and to confirm this statement, here's the very first Pagani Huayra to hit the country. The Huayra is an hypercar that hasn't been launched yet in the chinese market, it's official debut is set in April 2014 at the Beijing Auto Show.

The Pagani Huayra is already an expensive car with its price tag of over $1.4m, but thanks to the chinese taxes the price bumps up at over $6.5m! With such an insane price tag we hope the owner won't do something stupid with the car, as all we know the high rate of supercar accidents in the country. 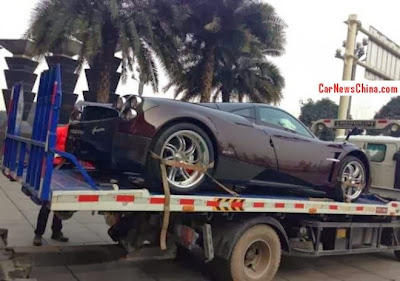 This exemplar is not new to me since I had the luck to see it at the factory during the final testing, it's finished with a bare carbon fibre body painted purple and showcases a lovely italian tricolour on the brake calipers. Apparently, the golden wheels were just temporary and it would have looked awesome with them!