The ultimate wedding parade for petrolheads 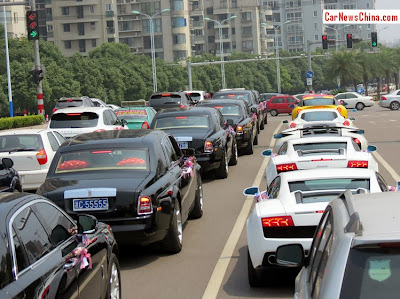 The quick industrial expansion is making China one of the richest countries in the world and it's becoming a key-market for most luxury car manufacturers. Altough the duties and taxes on imported cars are ridiculously high (fun fact, over there a Ferrari 458 Italia costs $636.000), the amount of supercars is growing quickly and the cars involved in this wedding in the city of Wenzhou is a clear example. 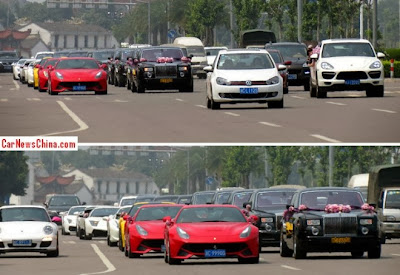 The guests of the wedding have decided to celebrate the new married couple with the making of this amazing wedding parade which counts a large amount of supercars and luxury cars, such as a dozen of Rolls Royces, Lamborghinis, Ferraris and more.. it looks like the kind of parade every petrolhead dreams for his wedding! 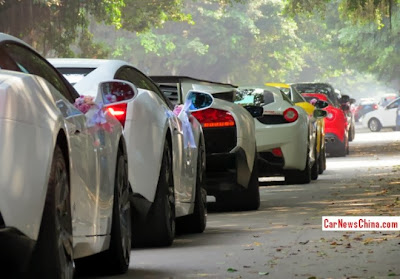