Official: The P1 does sub-7m at the Green Hell 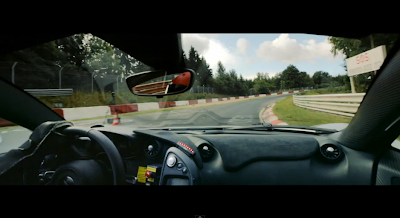 The time we have been waiting is nearly come. After a lot of testing and spy footages of the P1 around the Nürburgring, McLaren has shown their first official video regarding the attempt to break the 7 minutes barrier. They did it! But sadly, that's all we know. The lap time that McLaren has set to beat is 6:57 minutes belonging to the Porsche 918 Spyder. Now the questions is.. is the P1, faster than the 918?

It looks like we have to wait a bit more for an official announcement of McLaren and see if they have achieved the result, in the mean time enjoy the official video and see a glimpse of the unbelievably fast P1 lapping the Green Hell.